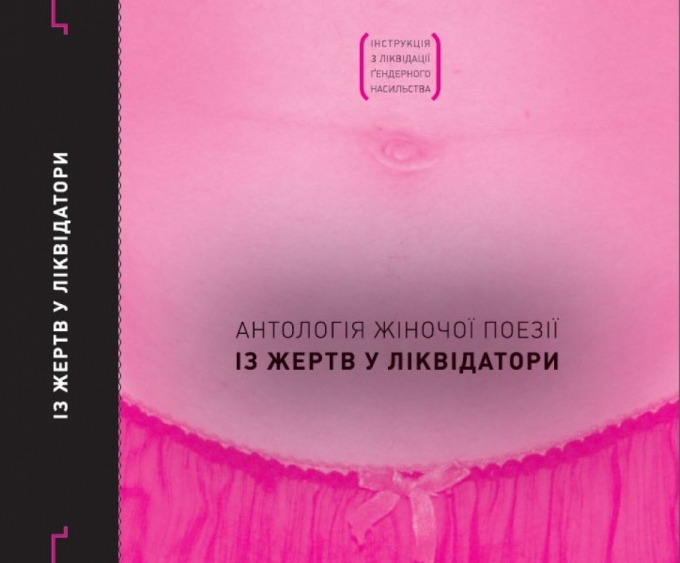 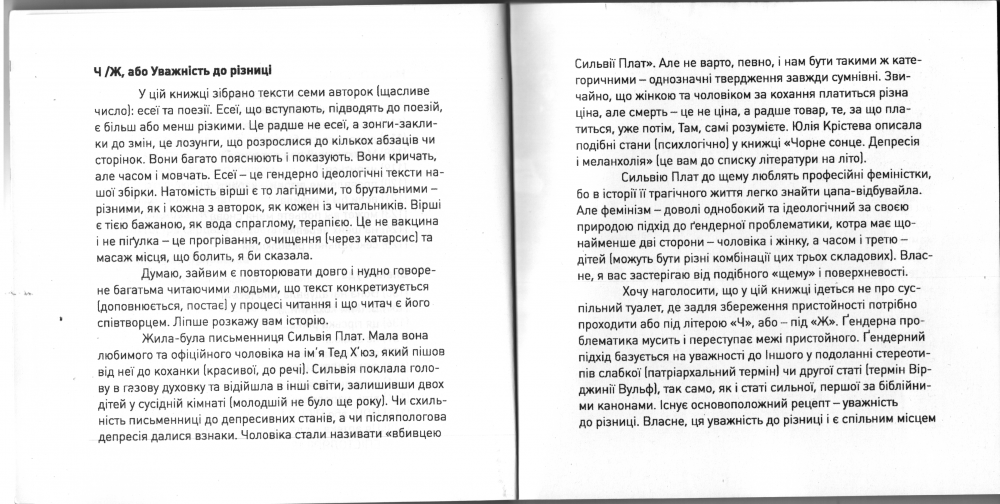 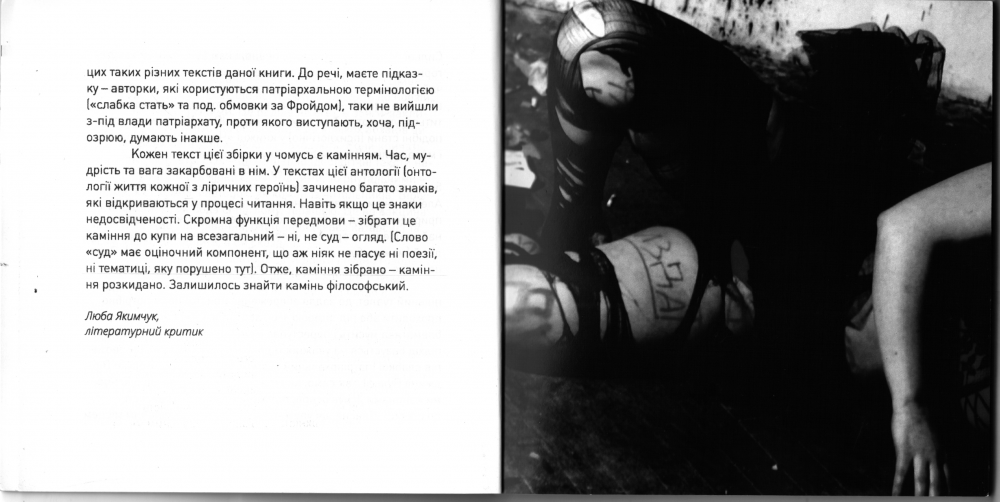 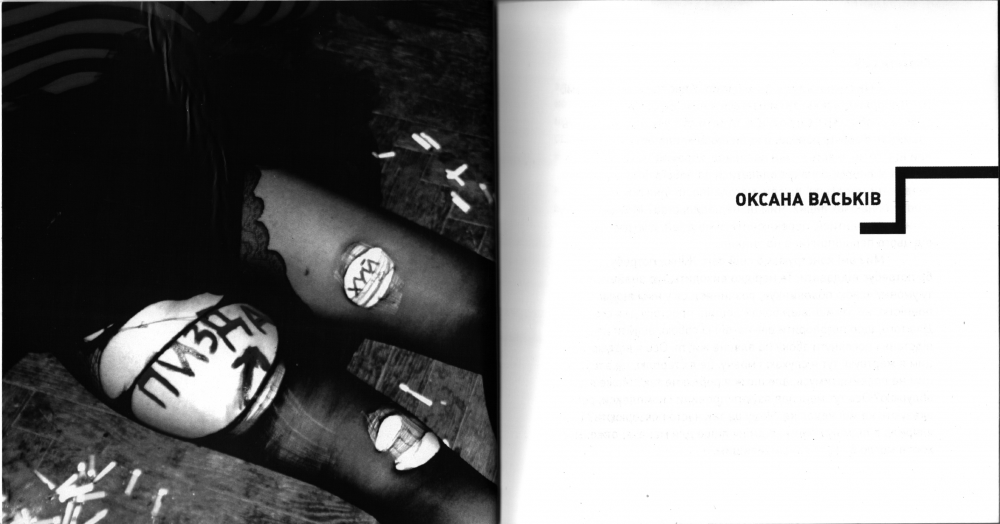 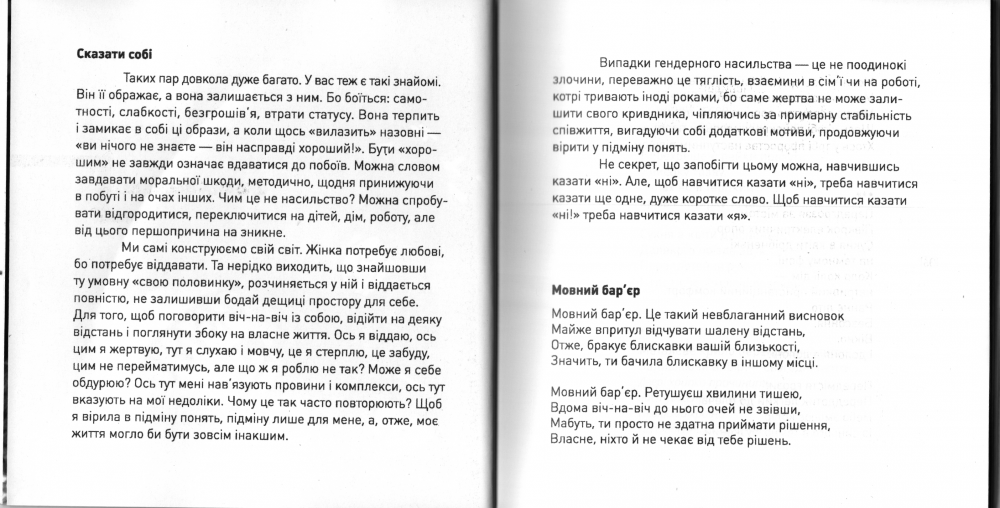 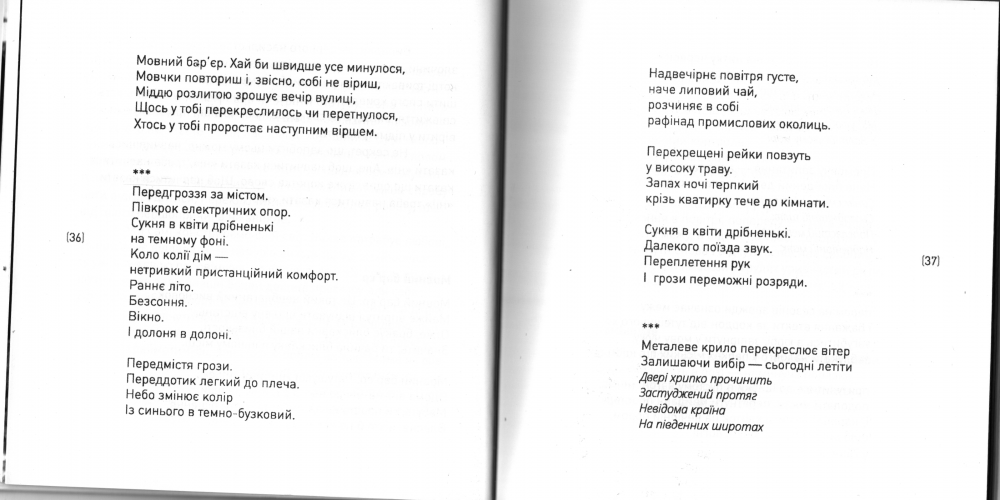 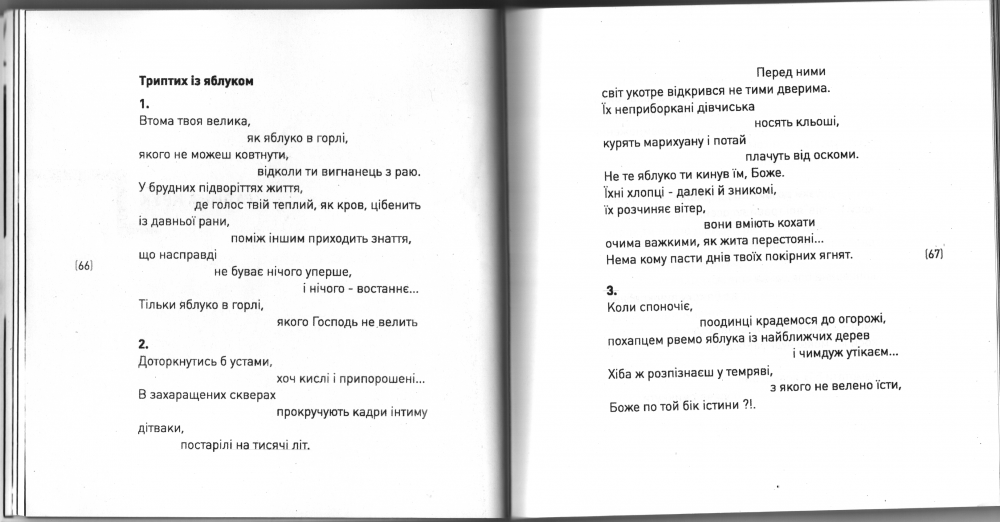 The book has been published as a part of a project against gender violence in Ukraine. There was a collection of poems from 7 Ukrainian poetesses on the subject of gender specific violence. Authors of the book: Olena Zaslavska, Yevheniya Baranova, Masha Pronina, Stanislava Orlovska, Halyna Kruk, Oksana Vaskiv, Olena Ruda, Lyuba Yakymchuk. «We have prepared two versions: one with neutral illustrations by Alina Kleitman, another – a “hard” version – with tough photos on the topic of violence», – recollects Kostyantyn Skorkin. From the book’s abstract: «These texts sometimes step over the limits of decency, but such steps always are determined only by attentiveness to the “Other” – the other view, the other story, or the other sex. This carefulness to the difference is the common place in all texts in the anthology, the name hints of a catastrophe at the power plant. Don’t yield to temptation, this disaster is a gender one».