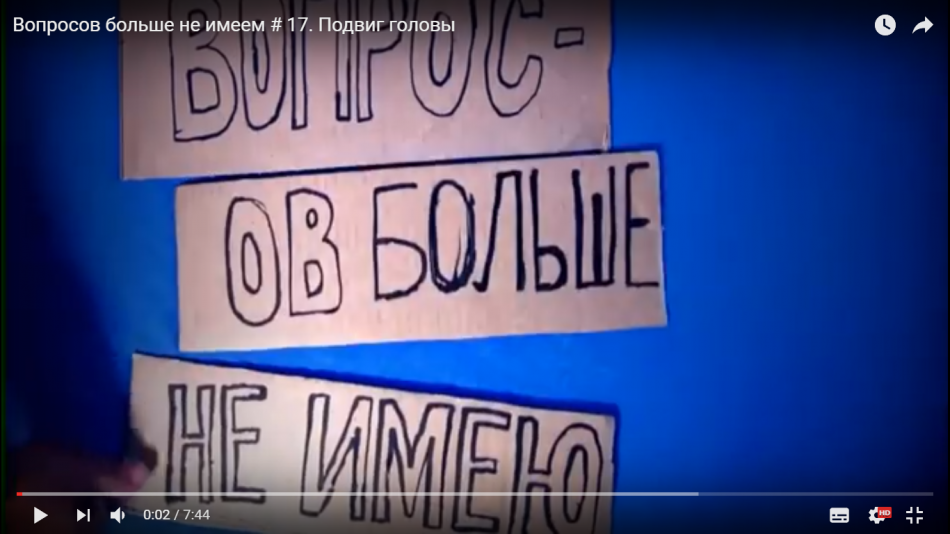 Critical project «No further questions» described itself, again, with a degree of irony, as an «analytical orthodox talk show». It was This, produced as a Do It Yourself, series of videos, videos that satirized Luhansk realities – from local media that covering the fact that theof Luhansk mayor was using public transport as an important event, to pro-Putin views of some of Luhansk’s residents. In the first edition of the talk show Slava Bo was showing how to create a piece of art – «Yanukovych’s Icon».