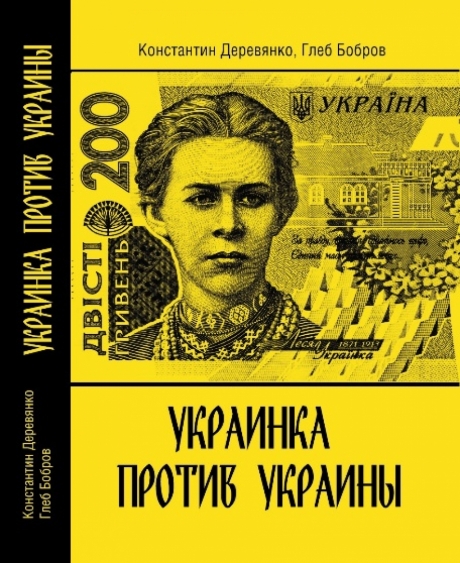 According to the book’s co-author Kostyantyn Derevyanko, he has studied the body of work of Lesya Ukrayinka (Ukrainian poetess of the early XX century) for 7 years. Derevyanko and Gleb Bobrov formulated the aim and motto of the book in the following way: «To observe spiritual accident prevention, and fight the textual viruses produced by Lesya Ukrayinka that circulatecirculates in our society». «The text is built upon the huge amount of quotations accompanied by acrimonious commentaries», - writes the newspaper «Vostochnyi Variant». Derevyanko and Bobrov defined 3 main characteristics of the poems of Lesya Ukrayinka: militant anti-christianityChristianity on the edge with satanismSatanism, propaganda of the revolutionary ideas and radical nationalism. Reviewers remarked that «the authors’ eloquence resembles the rhetoric of the Kremlin and the Russian Orthodox Church when it comes to anything Ukrainian. Maybe this is the reason why Gleb Bobrov has become the 1st writer who was fastly accepted to the membership in the Union of Writers of Russia. The book was published by Shiko Publishing house. It is availablein an in open access format here: http://issuu.com/bruha/docs/ukrainka/1?e=0