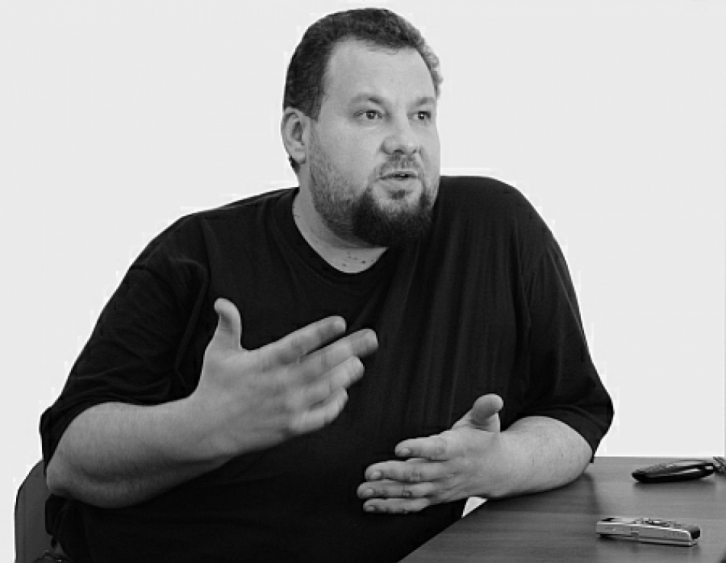 Gleb Bobrov is a prose and drama writer, who lives in Luhansk. He is currently a head of the “Writers Union of Luhansk People’s Republic” and a member of Writers Union of Russia. Bobrov is an author of the controversial Ukrainophobic books published in Russia, such as «Soldiers’ Saga» (Moscow, 2007), «The Epoch of Still-born» about the hypothetic civil war in Ukraine (Moscow, 2008). Bobrov is a co-author of the book «Taras Shevchenko, the Godfather of Ukrainian Nationalism» (Luhansk, 2005, together with Mykola Grekov and Kostyantyn Derevyanko) and is a co-author of the book «Ukrayinka against Ukraine» (Luhansk, 2012, together with Kostyantyn Derevyanko). His last published book is called «I Fought in Novorossiya» (2015).