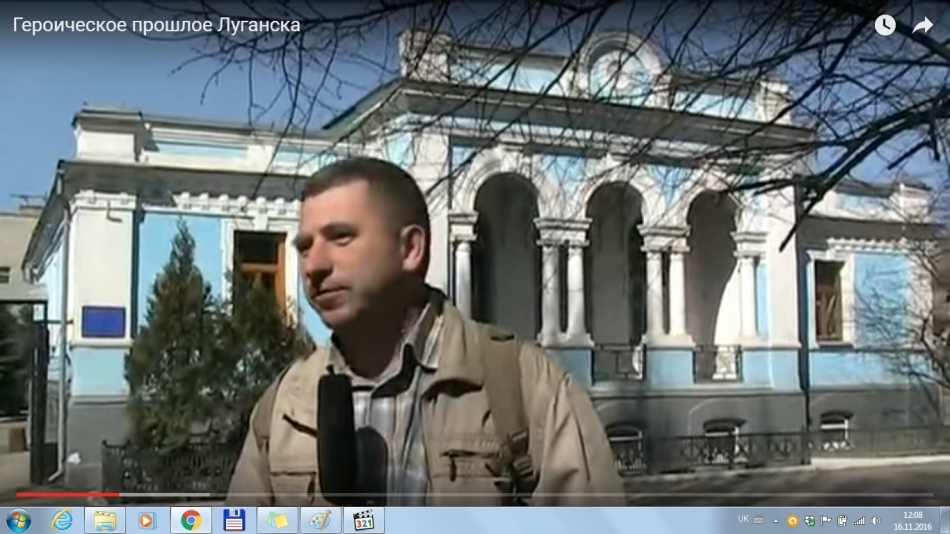 Video «Luhansk’s cultural life» as part of a project «Ukraine Speaking» (initiated by an IT-company from Kharkiv called Stella Systems) was shot in 2010. The project’s aim was to show the real Ukraine through the faces of its citizens and trace the history of the state’s modernity. This video was designed as an amateur unprofessional project. In this particular piece archeologistarchaeologist and civic activist Oleksiy Brytiuk (Archeologists' movement “Luhansk Archeology Union”) is telling about the Cossack past of the region in the XVIII century. Brytiuk Archeologist indicated that Luhansk’s history is actually 40 years longer than it is commonly known and proves this notion with facts. In this video Brytiuk also tells about Oleksandr Parkhomenko, a Bolshevik hero of the the Civil War of 1917 – 1922 hero. «The Civil war heroes’ cult that has existed during Soviet Union times, still has not dispelled. Not many people realize that, in fact, those heroes were bandits, scum of society that got acquainted with the Revolution activists in prisons and followed the red ideology», - tells Brytiuk.