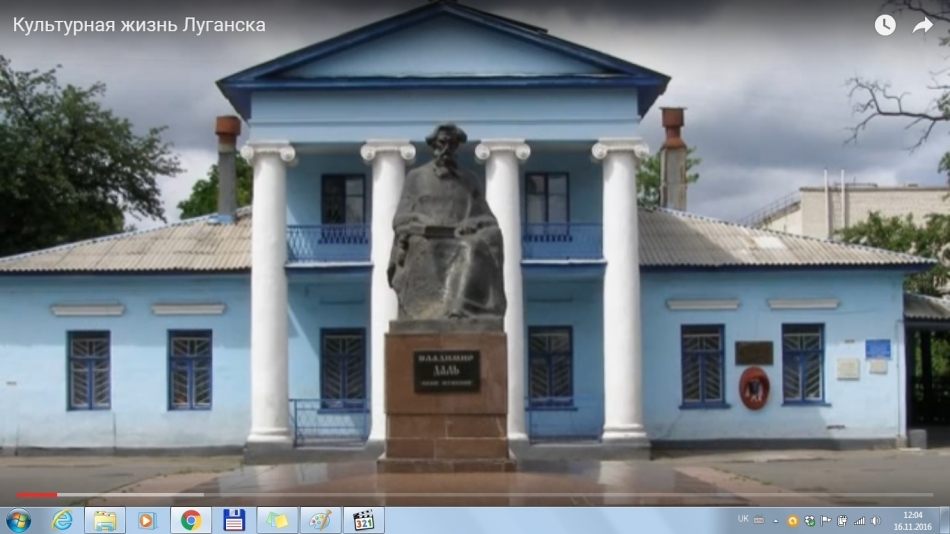 Video «Luhansk’s cultural life» as part of a project «Ukraine Speaking» (initiated by an IT-company from Kharkiv called Stella Systems) was shot in 2010. The project’s aim was to show the real Ukraine through the faces of its citizens and trace the history of the state’s modernity. This video was designed as an amateur unprofessional project. In this particular piece Yaroslav Minkin, a poet, activist and head of the Youth NGO STAN and archeologistarchaeologist Oleksiy Brytiuk (Archeologists’ movement “Luhansk Archeology Union”) are telling unknown facts about anti-Semitism of Vladimir Dal, a famous writer philologist of XIX century from Luhansk, about some architectural monuments and corruption schemes connected to them, and finally – about Polovets Stone Statues park located on the territory of Luhansk’s Uuniversity.