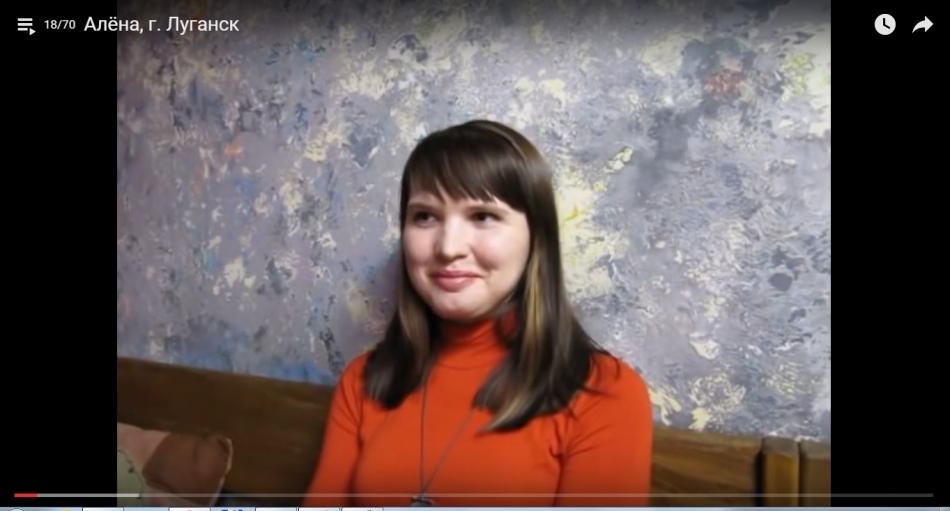 Video «Luhansk’s cultural life» as part of a project «Ukraine Speaking» (initiated by an IT-company from Kharkiv called Stella Systems) was shot in 2010. The project’s aim was to show the real Ukraine through the faces of its citizens and trace the history of the state’s modernity. This video was designed as an amateur unprofessional project. In this particular piece Alliance Française Luhansk branch manager Aliona is talking that she connects the the word “Ukraine” she connects with the female principle, with warmness, kindness, forgiveness, motherhood, and with something that one can scoop energy and strength from. «I am sure of my country, and I am glad to live in Ukraine. And I am glad the country has a name in feminine gender», - says Aliona. – a Ukrainiane’s citizen is a person who wants to beat some responsibility for the current events in Ukraine , for its future, not stays aside. […] I would like my grandchildren live in a country that has actualized itself».