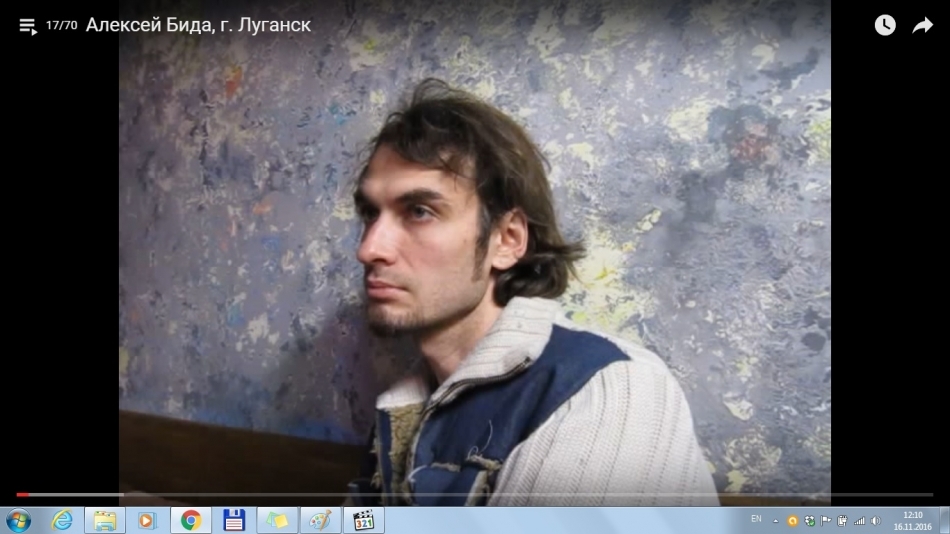 Video «Luhansk’s cultural life» as part of a project «Ukraine Speaking» (initiated by an IT-company from Kharkiv called Stella Systems) was shot in 2010. The project’s aim was to show the real Ukraine through the faces of its citizens and trace the history of the state’s modernity. This video was designed as an amateur unprofessional project. This particular piece is a conversation with Oleksiy Bida, a cultural activist and co-founder of Luganda-househaus centercentre. Bida answereds the questions, what the word “Ukraine” means to him. According to Bida, Ukraine represents three historical formations united by “long arm of coincidence” in one state entity: Polish–Lithuanian Commonwealth, Malorossiya and Crimean Khanate. Bida believes there have to be three official languages in Ukraine while current situation resembles the effort of the national majority to rule over the national minority. «Ukraine’s citizens today have to bear proactive social and political stance […] people are quite lazy and without initiative., and Aas a result the state starts to intervene into the private life of the citizens by introducing censorship. If citizens turn a blind eye to this situation, they risk to be in the same situation as in the Middle Ages, for instance», - says Bida. Finalizing the talk, Bida suggests there should be created a touristic zone created in Luhansk on the model of Netherlands – for the reason of historical traditions of marijhuana smoking.