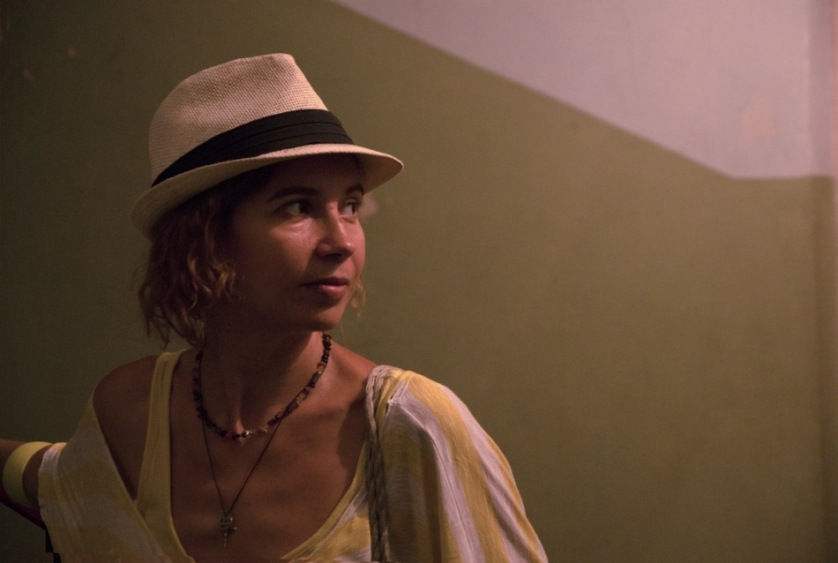 Olena was born in 1977 in Lysychansk, Luhansk Oblast. She is a Luhansk poet, writer, journalist, public figure. She was a member of the “Revolutionary Military Council” (board member) of the Literary Group "STAN" by the spring of 2014. She left the group because of disagreement on the question of Euromaidan. She worked as a journalist on local television, in newspapers and online publications. An editor of “The Pressure of Light” (“Davleniye Svieta”, Tisk.org.ua). Zaslavska has published the poetry books: "The Era of My Love", "Mama’s Tears", "Instinct of Freedom", and "Bdishch-man Ko", which was issued by Luhansk publishers. She actively participated in Luhansk literary life, and in the national scene as well (particularly the national poetry slam "ZEX" (Kharkov, 2006). She represented the East of Ukraine at the readings of Literaturwerkstatt in Berlin in 2009 and at the Leipzig Book Fair (2012) and the poetry festival in Berlin (2014). In 2014 she won first prize at the Grand Prix II Odessa Korneychukovsky festival of Children's Literature that took place during the XVIII International Book Exhibition-Fair "Green Wave" (nomination "Prose for younger children") for a fairy-tale story "The Extraordinary Adventures Comandante, Chi-Beretta Doughnut". As an organizer she acted in the promotions of Literature Group STAN: "FSB— hands off Dzerzhinsky", Revolutionary Performance "Literary Coup", a rally to the Anarcho-Makhnovia, the Campaign "Elections are not a choice", and "Girls shoot girls". During the campaign against Bureaucracy in Art, fun autos-performance "In the fire of the Inquisition," the poetess Olena Zaslavskaya burned her membership card of the Interregional Union of Writers of Ukraine in protest against calling her to the office of the writers’ organization for the analysis of her personal case. In 2014 she supported the so-called Luhansk People's Republic.